It looks like Escape from Tarkov is the main domestic shooter. This game is widely known abroad, it fits perfectly into the preferences of fans of STALKER – the most beloved and popular game in the post-Soviet space, and, in the end, it does not try to blindly copy foreign developments, offering its own innovations. In general, it somehow happened that it is customary to praise this game, scolding only for some obvious things, such as technical errors, justifying this matter with an early version. However, the game has other, not so obvious problems that many, if not all, do not want to admit. And, unfortunately, there are developers themselves among them. And now we will talk about ten main problems. 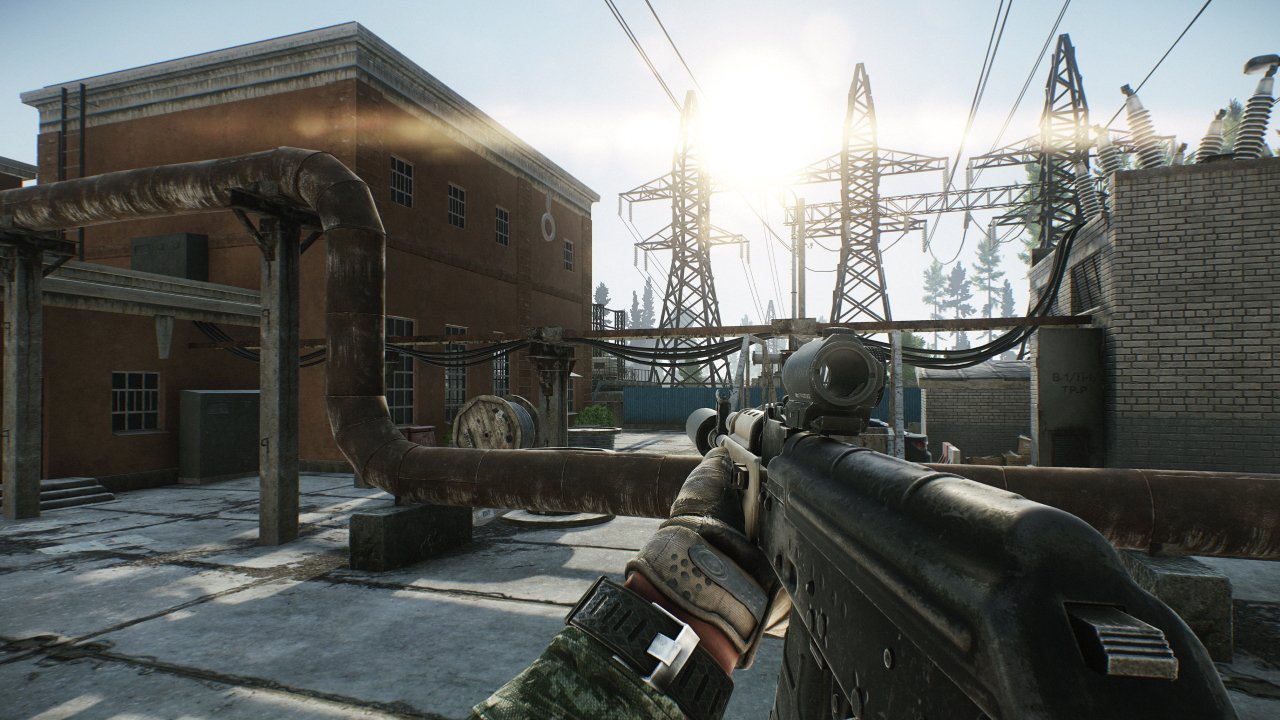 Problem #1. Graphic Arts
Somehow it so happened that Tarkov’s graphics are usually praised. Indeed, the game looks great in promotional videos. It looks no less great in some developer diaries. Screenshots in general – my compliments. However, the closer we get to know the game, the less we want to admire its visual features. If it comes to that, then PUBG looks much prettier. Probably, a lot of people were disappointed, who were led by loud promises, and then turned on, and saw that the picture as a whole resembled Survarium, and very close to STALKER – a game of 2007, for a second. In general, there is a problem, and the further it goes, the more acute it will be. Tarkov can easily turn into a long-term construction, which is another three years will look like a fritupleyka from Asia.

Problem #2. Servers and Optimization
And also Tarkov has bad optimization, and this is with such and such a schedule. To be honest, it is not completely clear what the problem is: in the servers, or in the performance of the game itself. For example, Americans most often complain about servers, which, they say, are completely useless, and that if things go on like this, the project will completely lose the western market. Ours more often blame the optimization, pointing out that the game has left alpha for the beta, and the frame rate has not improved: drawdowns and lags are its true allies. But, this problem is somehow not particularly covered. Our press is completely silent, and the bulk of gamers prefer to talk about supposedly unbalanced weapons and a small map.

Problem #3. Book Release
Tarkov could turn into a real spiritual game, for which everyone, young and old, would stand up like a mountain. But, unfortunately, the developers decided to rearrange everything on a strictly commercial track, demonstrating again and again that they want one thing – money. We understand them perfectly, but the game actually loses its soul, so to speak. I’ll explain now. The fact is that in 2017, a certain Alexander Kontorovich publishes a book based on Tarkov, which is called the Predator. Gamebooks are rubbish. There may be worse than them, perhaps, books on South American soap operas (there are some), but the book came out: money was spent on it, and probably a lot. Instead of directing them in the right direction, the developers decide to try to master the book market. It’s hard to say how successfully it sold, but personally, I don’t know a single person who bought it or at least read it. Books, of course, can be published, but only when the game is incomplete order, which, alas, we do not observe.

Problem #4. Eternal Beta
Tarkov has fans. So, they have a universal argument that they use in disputes when they have nothing to argue: “The game is not finished yet,” and then they remember about alpha, beta, gamma, and omega. This is understandable: unfinished, which means no official reviews, which means no criticism. The ancient folk wisdom says that half of the work is not shown to fools, but half, in my understanding, is alpha. Now the project is in beta and suffers from many diseases. Seeing this, and knowing full well that simply attaching a value of 1.0 to the game is like death, the developers embarked on a predictable step: to announce beta tests, which, at the moment, have been going on for a year already, and the saddest thing is that the end-edge of eliminating all no trouble in sight. So, with a high degree of probability, we can assume that the beta can easily stretch for another three or four years, and as a result, you will get another DayZ, which only the lazy did not scold.

Problem #5. Unfair PvP
In Tarkov, you can play both against bots and against real players. And it was here that the big Pekingese was buried. The creators of this project, who have already confirmed themselves as personalities who unselfishly love money, completely did not give a damn about the adequacy of the selection of opponents, making it so that the unlevelled player gets on the pumped one, and since here we have such a serious bias in RPG, it turns out that pumping decides … The one who has more developed character skills, such as speed or accuracy, has an overwhelming superiority. Why is this done? For the player to either deposit extra money in the cashier or play day and night, doing dull pumping on bots that are more loyal to newbies than characters controlled by real players.

Problem #6. Loss of Equipment
In Tarkov, you can lose equipment. Lose forever. The developers have an excellent explanation for this. They are, they say, real hardcore players, adhering to the concepts of maximum realism, and do not tolerate weaknesses. This is good for an ad campaign. Realism and increased difficulty of survival are something that everyone loves. Therefore, in the event of death, the player can permanently lose valuable items that are in his back bag. On the one hand, this is logical and the developers can be understood. But if you look at it from the other side, then you might think that they are trying to siphon more money from the players, because to save Tarkov items here you need a cache, and a cache is bought in Tarkov for money. Such is the paradoxical thing, more inherent in some shareware Korean MMO.

Problem #7. Greed
This problem flows smoothly from the previous one. Tarkov can be scolded. It, as well as its creators. But, as a rule, they are scolded for technical issues and other details. But here is just the case when people do not see the forest behind the trees. I’m not going to argue, but there is a possibility that the leadership of Battlestate Games is a little greedy. And from this very little greed, all the problems that have already been discussed follow: servers, performance, stashes, eternal beta, dishonest PvP, graphics, etc. Tarkov seems to be treated like a cow, which, so that she ate less, but gave more milk, is fed less and milked more often. As a result, the players’ money goes into the personal pocket of the creators of the idea, and pennies go to improve the game.

Problem #8. The attitude of the administration
In fairness, it is worth noting that this issue has been talked about quite often, but mentioning it again will not be superfluous. The problem is that the attitude of the Tarkov administration to the audience can be compared with the attitude of a hereditary nobleman to a footman cleaning boots. The most august persons from the administration point-blank do not see ordinary gamers who are banned for the slightest offense, and sometimes not for any offense at all, but, say, for creating a topic on a forum dedicated to some problem in the game. It is clear that such topics are harmful to the positive image of the project, but not so much. Erroneous bans for cheating are already in the order of things. And there is no simple support either. You won’t get any special help as a paying customer. So, yes – rudeness flourishes in Tarkov, and players are not always its producers, so to speak.

Problem #9. Cheaters
It would seem: the hammer-ban in Tarkov works round the clock, sending to the scrap even those who are not officially caught, but it just so happened that they can play well. However, there are cheaters in the game, and it seems that their lives are much less dangerous than those who crave justice and publicity, for which they go to the forum in order to dot Y. Cheaters at the pre-release stage are not the most common occurrence. They do not reach all the games in the early version, but the greatness of Tarkov is such that they have been cheating there, it seems, even from the very alpha. And it is not known when the situation will improve. More precisely, it is known, of course: never. Cheaters are here forever, just like in any other online shooter. In any case, in the PC version – for sure.

Problem #10. Price
Well, and finally, for some reason, the issue of Tarkov’s pricing is being driven under the carpet. At the moment, the game is sold in four versions: 1600 roubles, 2600, 3600, and 5000, which translated into understandable non-Russians: 26, 43, 60, and 83 US dollars. At the same time, for the minimum cost, which seems to be more or less consistent with the market, the buyer gets an almost naked and unpowered hero. But, already for 3600, you can get a character with – surprise – a pumped-over bargaining ability. There is a well-known motto: pay and win. We complain when Western developers ignore Steam’s policy of lowering prices for poor Russian gamers, but completely ignore the hefty price tags from domestic developers. And all right, just the price – if you don’t want to, don’t buy. So the nuance is that for the more expensive version you do not get more content, such as unique missions or skins, namely that you bend the gameplay balance in your direction, which looks pretty brazen.

Those were 10 Escape from Tarkov problems that no one wants to admit. Anything to add? Let us know in the comments. Well, that’s all. Play only good games, and let no one go away beaten.